The Mildura City Council was awarded an Infrastructure grant for $18,780. This grant was matched by the council to install a roundabout and speed cushions at the intersection of Eight Street and Pine Avenue.

A traffic count revealed 31% of vehicles were exceeding the posted 40km/ h speed limit with a mean exceeding speed of 45.67km/h, this is most likely due to the transition from the 50km/h limit to the 40km/h area and the lack speed reduction infrastructure (apart from the speed sign).

The roundabout has reduced the speed of vehicles entering the CBD and created a safer environment for pedestrians and cyclists. 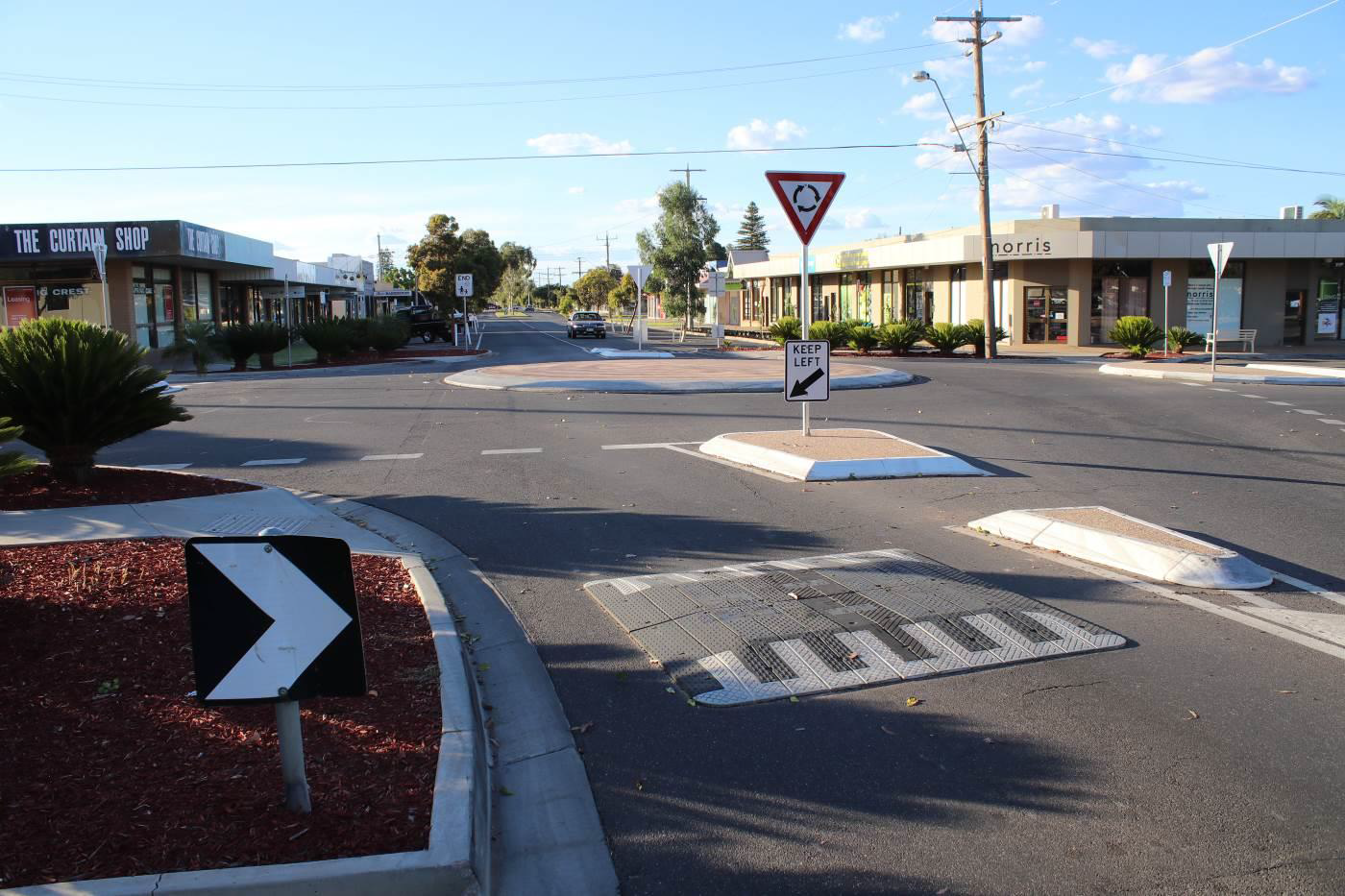 The Northern Grampians Shire Council was awarded an Infrastructure grant for $25,000. The grant was matched by council to install a raised Pedestrian Crossing and Sealed Car Park at School Road Halls Gap.

The aim of the crossing and sealed car park was to enhance the road safety of the pedestrians crossing the road while encouraging people to park at the designated parking bays instead of the road side.

The installation of a raised pedestrian crossing has improved safety of students and pedestrians by reducing vehicle speeds. Vehicles have been observed slowing down and driving more cautiously on School Road and drivers have been parking their cars in designated parking bays. 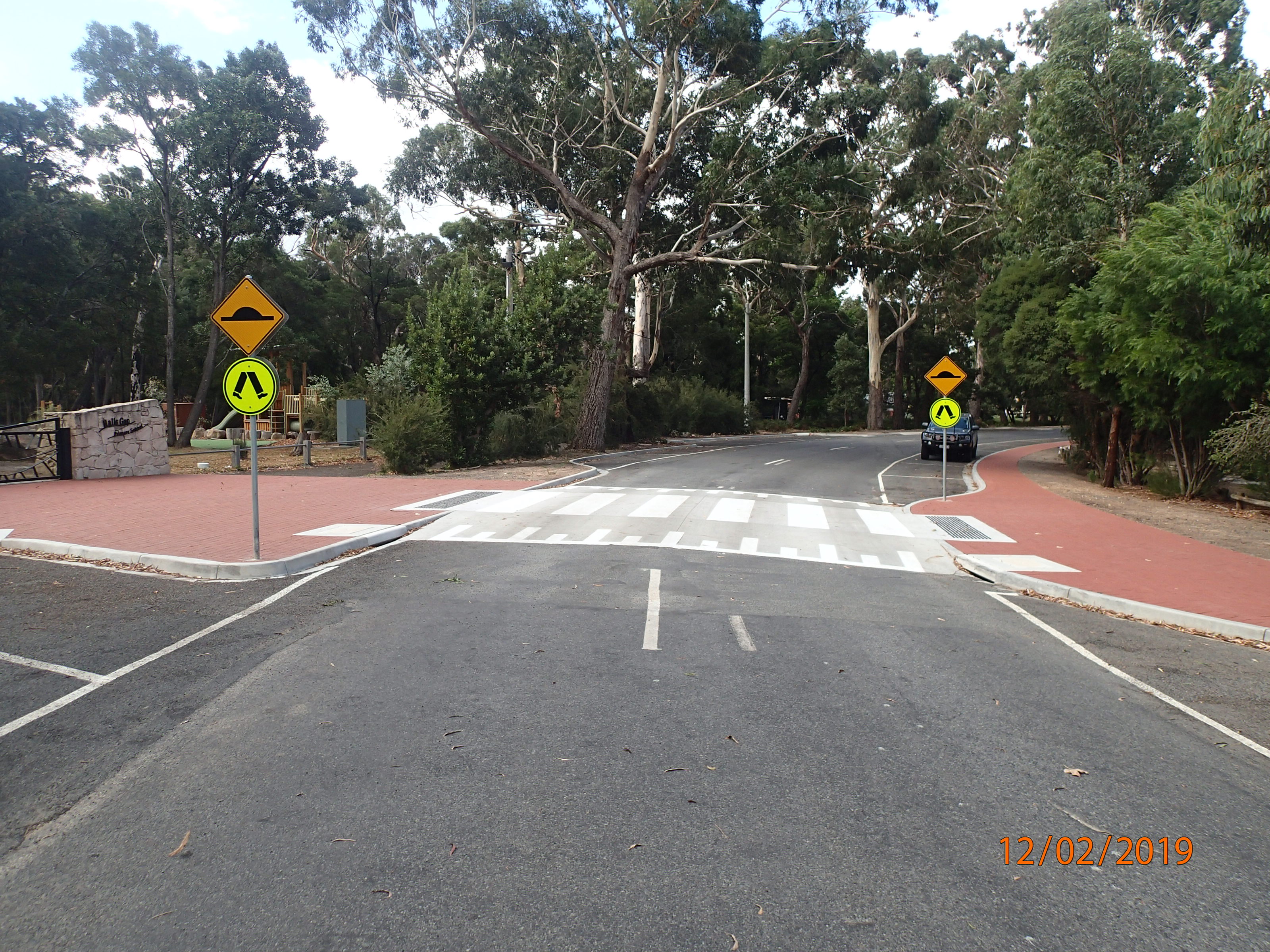 The Hobsons Bay Shire Council was awarded an Infrastructure grant for $68,000. The grant was matched by council to install a raised pedestrian crossing and refuge island to the intersection of Parker and Cole Streets in Williamstown.

The crossing was installed to increase the awareness of pedestrian traffic in the area while reducing vehicle speeds.

The crossing is more visible to both pedestrians and drivers through better signage and markings.

Raising the crossing has helped reduce the speeds of vehicles and provided a safer environment for pedestrians. 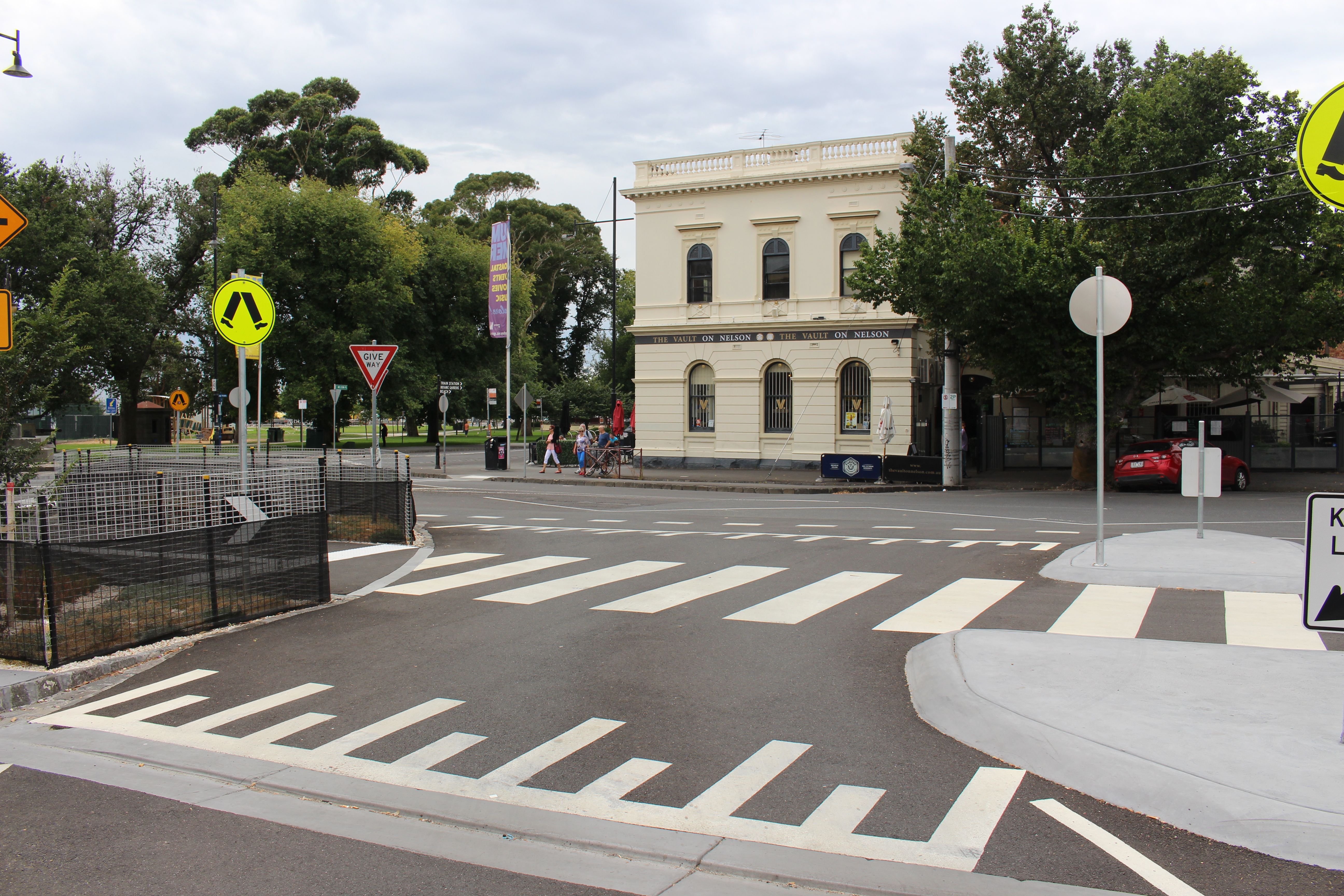 Maribyrnong City Council was awarded an Infrastructure grant for $43,000 to implement Copenhagen style bike lanes along French Street in Footscray.

Without any dedicated cycling facilities on French Street cyclists had to share the road with vehicles travelling at 50km/hr. A survey found that 60% of residents within the City of Maribyrnong were interested in riding but didn’t due to safety concerns.

By installing dedicated bike lanes along French Street it would improve rider safety and most likely encourage more residents to ride bicycles. 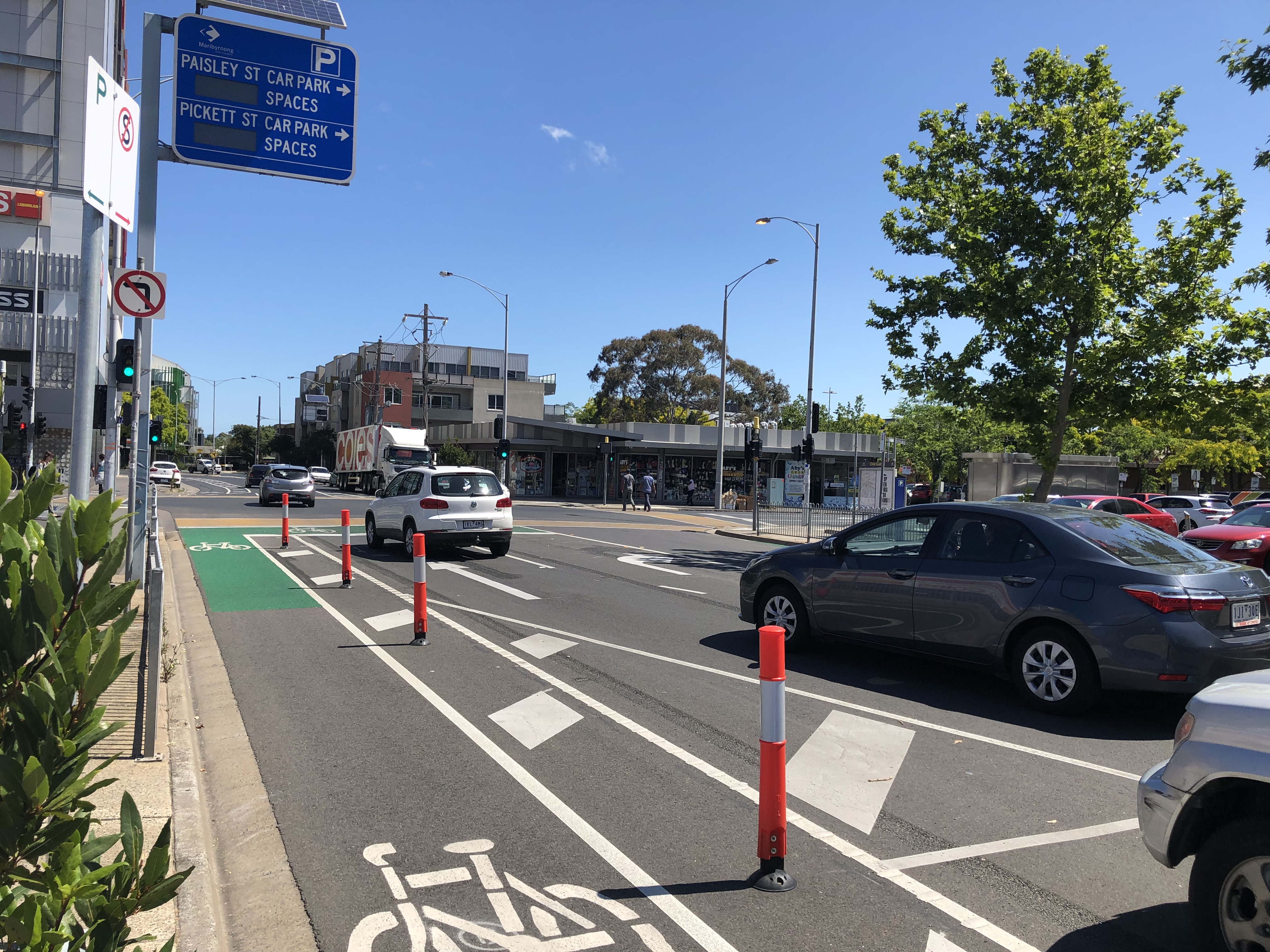 The City Of Greater Bendigo was awarded an Analysis grant for $15,000. The council also contributed $20,000 to complete an investigation into the feasibility of utilising the floor of the Bendigo Creek to create a bike path to improve safety, particularly for cyclists in the section of the Bendigo Creek Trail between Golden Square and North Bendigo.

It is anticipated the creek will provide an opportunity to use existing infrastructure to create a bike path to separate cyclists and pedestrians and improve local road safety.

The Darebin City Council was awarded an Analysis grant for $30,000. The council also contributed $7,000 to investigate the appetite and willingness for change of residents for a 30 km/h speed zone trial on local streets in Westgarth, and conduct an analysis of the costs involved in the installation of infrastructure to support such a reduction in speed.

This project is currently in progress.