The worst start to a year in more than a decade has prompted renewed calls from the Transport Accident Commission for Victorians to take care on the roads.

Already this year, 59 people have lost their lives on the state’s roads, compared with 40 at the same time last year, which is the deadliest start to a year since 2006.

So far this year, 39 people have been killed on regional Victorian roads compared with 22 at the same time last year.

Motorcyclist fatalities are up by 10 on the same time last year, with 17 deaths so far in 2019.

“It’s been a heartbreaking start to the year and our thoughts go out to the families and friends of the people who have died,” Ms Cockfield said.

“Last year we saw a significant drop in the number of people that died on our country roads, but only two months on those numbers have dramatically increased.

“Many of these deaths have been the result of a simple mistake, and on a high-speed road, the consequences are often fatal.”

“Our message is to ease up and make safe decisions when using the roads; avoid fatigue, avoiding drink and drug driving, avoid distractions and slow down.

“If you’re heading out for a ride, plan ahead, take breaks, slow down and enjoy the ride.

“We cannot accept that one more Victorian family will face a lifetime of grief because of a tragedy on our roads.”

Victorians will see a significant police presence this weekend, with Operation Arid targeting behaviours such as speed, distractions and drink and drug driving, while there will also be a focus on motorcyclists.

The TAC will fund an additional 384 hours of Operation Arid traffic enforcement through its Enhanced Enforcement grants program. 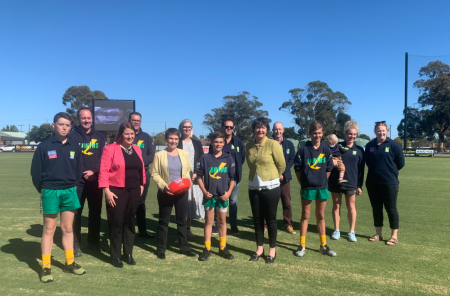