Victorians are being urged to avoid complacency on the roads, as new research reveals the majority of the state’s road deaths happen because of a simple mistake.

Judgement errors like driving too fast for the conditions, taking a corner too wide or lapses in concentration are all common but less malicious ‘mistakes’ that can have fatal consequences.

Analysis of Transport Accident Commission data has revealed that, in 2020 alone, 146 (71 per cent) road deaths involved a basic error, as opposed to high-risk behaviours such as speeding, drink-driving and drug-driving.

The new data shows that tragic errors have played a role in around 70 per cent of road deaths since 2017.

The findings come as COVID-19 restrictions ease in Victoria and more people return to the state’s roads. So far in 2021 128 people have lost their lives on the roads, compared with 130 at the same time last year.

While deliberate behaviour like excessive speed, using a hand-held device, drink driving and drug driving rightfully remain a concerted focus of the state’s road safety efforts, Victorians are being reminded that even the best drivers can be a split second away from the unthinkable happening.

With intrastate travel now allowed we’re seeing busier roads on the weekends, it is critical that people are vigilant, obey all our road rules and play their part in keeping the roads safe.

The Victorian Government’s Road Safety Strategy 2021 – 2030 has been developed to address risk-taking behaviour and to protect all road users from the inadvertent errors we can all make when using the road.

Protective road infrastructure and programs to encourage the purchase of safe vehicles are key to creating a safe road system for all and are an important part of the Victorian Government’s Strategy, which aims to half road trauma by 2030.

Quotes attributable to Minister for Roads and Road Safety Ben Carroll
“There is a common misconception that it’s people that take risks who are involved in fatal crashes – it’s not, anyone can be involved in an accident regardless of their experience on our roads.”

“Anything can happen at any time on the roads – and as more Victorians return to our roads we’re reminding them to stay distraction free, buying the safest car you can afford and sticking within the speed limit we can make every journey a safe one.”

Quotes attributable to CEO of the Transport Accident Commission Joe Calafiore
“We see too many senseless deaths and serious injuries as a result of a simple mistake.”

“We are asking Victorians to accept that we face risks every time we drive, and we all have a responsibility to keep ourselves and others safe.” 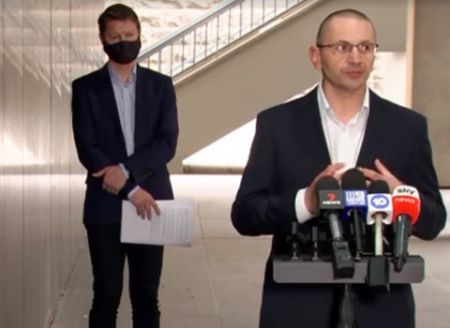 Victorians urged to slow down as speed drives up road deaths

As this years road toll reaches 156 people compared with 148 at the same time last year, the Victorian Government is urging motorists to slow down, with speed contributing to 30 percent of fatalities. 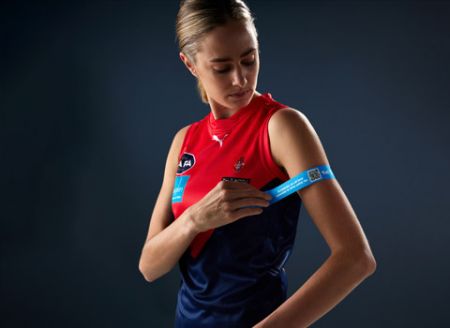 Victorian footballers, netballers and supporters will don blue armbands this weekend to honour people killed on our roads and show their commitment to road safety.

The Victorian Government is launching an Australian-first trial using smart bike light technology that will assist in finding new ways to reduce road trauma in cyclists.