In 1970, Victoria was the first jurisdiction to mandate the wearing of seatbelts for all vehicle occupants. Self-reported seatbelt data shows that 97% of Victorians wear a seatbelt all the time when they are in a vehicle.

Despite seatbelt wearing being compulsory for over 50 years, more than 130 vehicle occupants who were killed on Victorian roads in the last five years were not wearing a seatbelt. This equates to a quarter of all vehicle occupants (where seatbelt status is known). Of these people, 70% were aged under 50 and have been subject to seatbelt laws for their entire lives.

People killed who are not wearing seatbelts are: 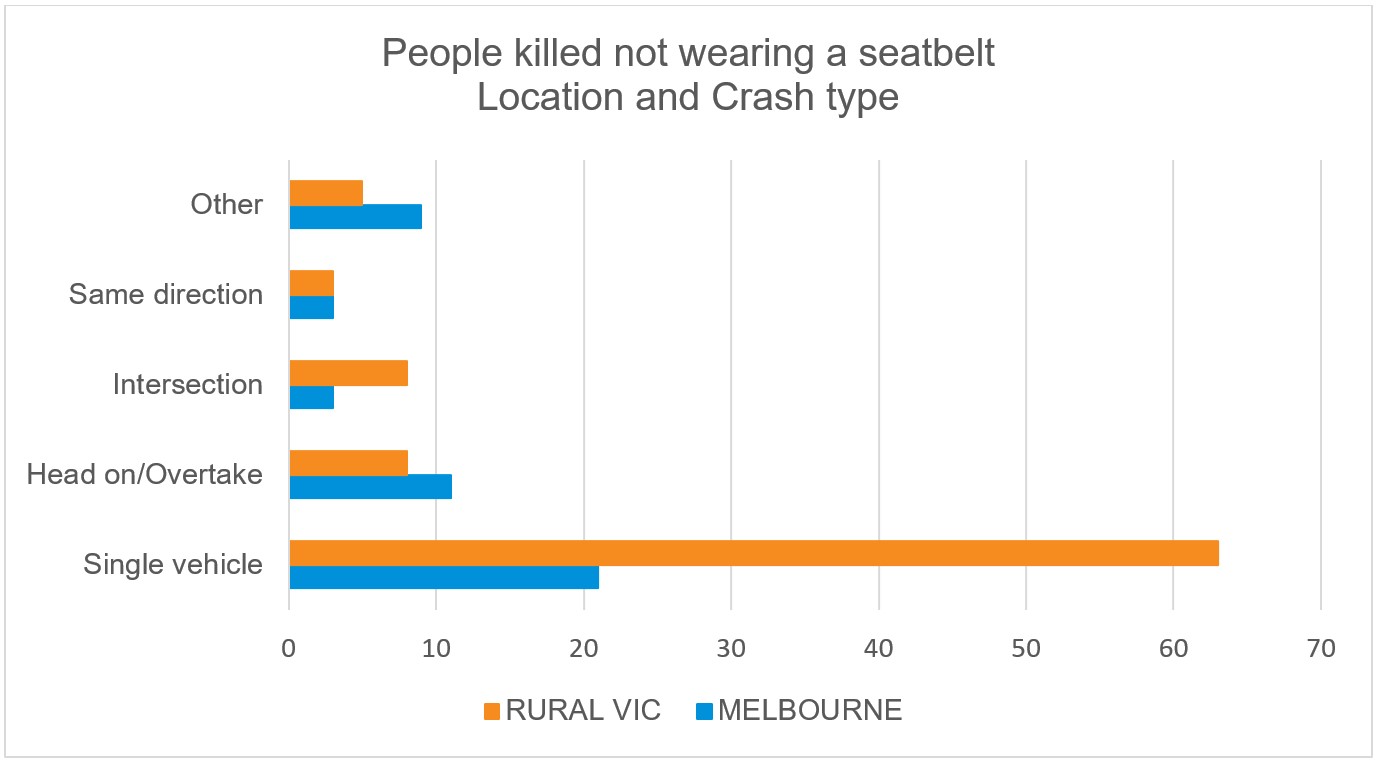