In these videos, we meet TAC clients John and Marie. They talk about their accident and the experience of going through the common law process. They have some good tips for anyone who is about to pursue a common law claim.

We also hear from John and Marie's lawyer about the benefits of working under the Transport Accident Act Protocols.

John and Marie's story - The accident 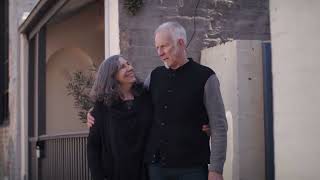 John: We were travelling on the Great Ocean Road, towards Anglesea. W

John and Marie's story - Finding out about compensation 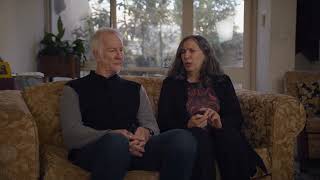 John (TAC): Common law compensation is a monetary award for pain and suffering damages, pecuniary loss damages for clients that have sustained injuries in a transport accident.

Marie: Sometimes it came up, people would say to us, are you entitled for any compensation, and we’d say, well, I don’t really know how that all works, and then I think we got a little bit of advice which was that you really need to wait until it’s clear how your injuries are going to end up.

John and Marie's lawyer: I first met them, I spoke I think to Marie on the phone in 2014 which was the year of the accident, but, she just wanted to touch base, it didn’t really go any further than that at that stage, they were looking after their medical issues with quite significant injuries. Always suggest to claimants that they focus on the medical side first and let us follow after.

Marie: You didn’t want to think you were just money grabbing or gold digging. I think we spoke he really was very clear, he said, no, look, you’ve had a serious injury, this is actually your entitlement under law and this is what this whole scheme is all about, this is why you pay your, what’s the big of our registration insurance we pay, this is why you’ve paid this for thirty plus years. He was clearly very on top of everything, it was what he was very good at and he made you feel at ease. The only difficult part really was reliving the accident and having to go and see people and talk about it, but otherwise we really felt well looked after.

John and Marie find out about how common law compensation works and get started on their claim. 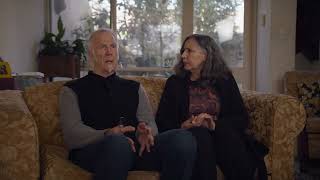 Marie: At one of those early visits, he asked us each to give him the names and contact details of all the people who’d been involved in our rehab. He approached them and asked them for reports. There was a hurdle about whether we would be accepted to have had a serious enough injury, and we were both considered to have had a serious injury and then I think that triggered us going forward. I think I had four different doctors I saw over a four or five month period.

John: These were specialists that were arranged to kind of provide independent assessment of our injuries.

John and Marie's lawyer: I will then start doing the joint medical examinations, which is a great system.

John: The process of being interviewed by independent specialists is something that shouldn’t be taken lightly. I would advise have a really good think about everything to do with that particular interview, then let the specialists determine how important it is to the case.

John and Marie talk about the joint medical examination process and give some good advice about how to prepare. 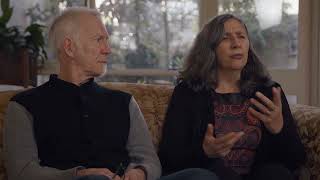 John: For the serious injury claim, I think it was just done by exchange of letters, but once we progressed through that to the personal injury, the common law side of it, then we went to conference.

John (TAC): Once TAC have granted the client the serious injury certificate, pursuant to the common law protocols, there’ll be an informal settlement conference and that’s an opportunity for the TAC representative to meet with the client and the client’s lawyer and invariably, a barrister to try and bring about a resolution of the client’s common law claim for compensation.

John and Marie's lawyer: Now you have your day in conference much earlier than the court proceeding and it’s less daunting and it probably achieves a similar sort of outcome.

Marie: It turned out to be a day where the heavens absolutely opened, it was a deluge, it was flooding everywhere in the city, it was completely, there were umbrellas and you couldn’t move, so it was quite an atmospheric day. We were in a room and the TAC representative said he’d like to meet us and we went in for a brief period of time and he was actually just very kind, wasn’t he? He just acknowledged what we’d been through.

John: It worked out quite successfully, I think.

Marie: There were lots of amounts of money being discussed and I just wanted it to be over, really, I was very relieved when it was over. In a way, it made you realise how much you’d lost, how the impact on your life had been so severe and knocked you completely sideways in a different direction. It was like another hurdle that you’d gotten over to know that it was all being put behind you and that you wouldn’t have to think about it again until today, (laughs) in such detail.

John and Marie's lawyer: The sense of finality, the ending to a common law claim, there was certainly a sense of closure for John and Marie. They’re not alone, this is a very common thing. And that's actually really good to see, because I think that's part of, in a sense, grieving. Grieving the accident, grieving this whole process and moving on.

TAC clients John and Marie talk about the sense of closure they had once their common law matter was settled.